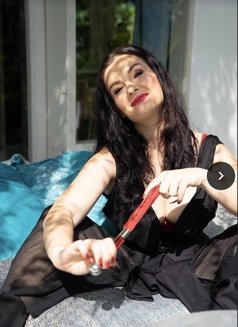 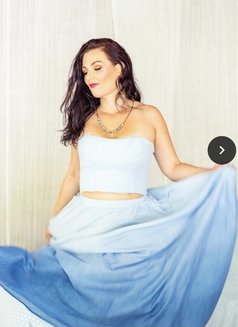 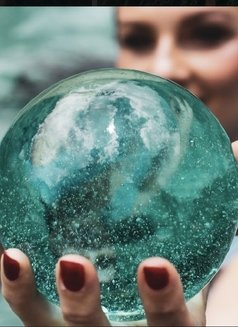 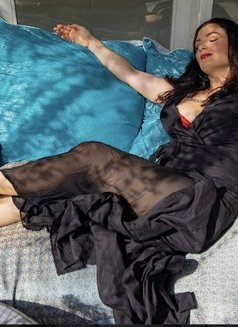 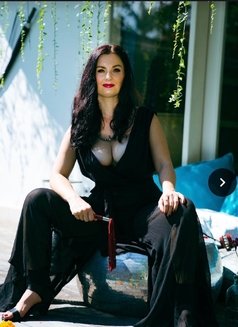 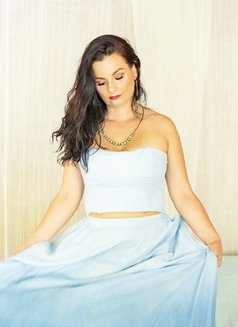 ~ if you can't reach me on Telegram, email me (serious enquiries only)

It takes more courage to submit to a woman rather than to dominate her. Are you man enough?

I have been intrigued by sexuality since my early teens and later on, by unconventional fantasies and fetish. Various fantasies or role play scenarios have been often going through my mind. My fantasies have, however, largely remained unfulfilled as I have been unable to materialize most of them due to unwilling partners.

In pursuit of an alternative, interesting, varied and thrilling lifestyle, I have embraced the opportunity to become a dominatrix after months of semi professional play and my many ambitions as well as my personal need for flexibility, variety, excitement and curiosity have become reality.
Getting actively involved on the fetish scene has expanded my horizons and satisfied my many quirky desires. Play is an ideal escape from reality for me in a similar way as it is for you and offers a psychological release for both parties involved. I seriously relish in the exchange of power.
I am open to new ideas and experiences and I'd love to explore your fantasies. I get bored whenever stereotype sets into my life. I love exploring various fantasies no matter how unusual or rare they are as long they areharmless, safe and consensual.
Mistress HEELena enjoys a wide range of fetish activities, besides getting pleasure from using her slaves as a carpet, doormat, chair and similar! She is also keen to punish to enhance pleasure.
Watching slaves kneeling in front of Her gives Her an extraordinary sense of power and this satisfies Her greatly. She particularly loves to indulge in a relaxing foot massage from those who are capable of providing Mistress with this wonderful pleasure, being qualified masseurs or just eager to please. She will then allow you to kiss, lick and caress Her delectable toes, soles and arches, bare or encased in stockings.
Do you crave the psychological release my sessions offer? I welcome all experienced slaves and players as well as novices or those who want to experience a new, kinky dimension of sexuality. Don't despair if you are timid as you will find Mistress HEELena very approachable since she has a special weakness for shy worshippers.

*The only way to get rid of a temptation is to yield to it. Resist it, and your soul grows sick with longing for the things it has forbidden to itself. * Oscar Wilde.

You may only enter this website if you are at least 18 years old (or the age of majority in the country you live in) - if not, you cannot enter the site. If you are accessing this website from a country which prohibits access to adult content or any associated activities, you do so at your own risk. It is your responsibility to comply to local laws. This website only provides a service which allows adult individuals to advertise their time and companionship to other adult individuals. It does not not provide a booking service, arrange meetings or take payment on behalf of an advertiser (or any commission from them). Any price indicated by an advertiser relates to time only and nothing else. Any services offered, or inferred - in addition to time - are the choice of consenting adults and a private matter to be agreed between each party. In some countries, people do not legally have the choice to decide any of the above; it is your responsibility to comply with local laws.

This site uses cookies. By continuing to browse the site, you are agreeing to our use of cookies.